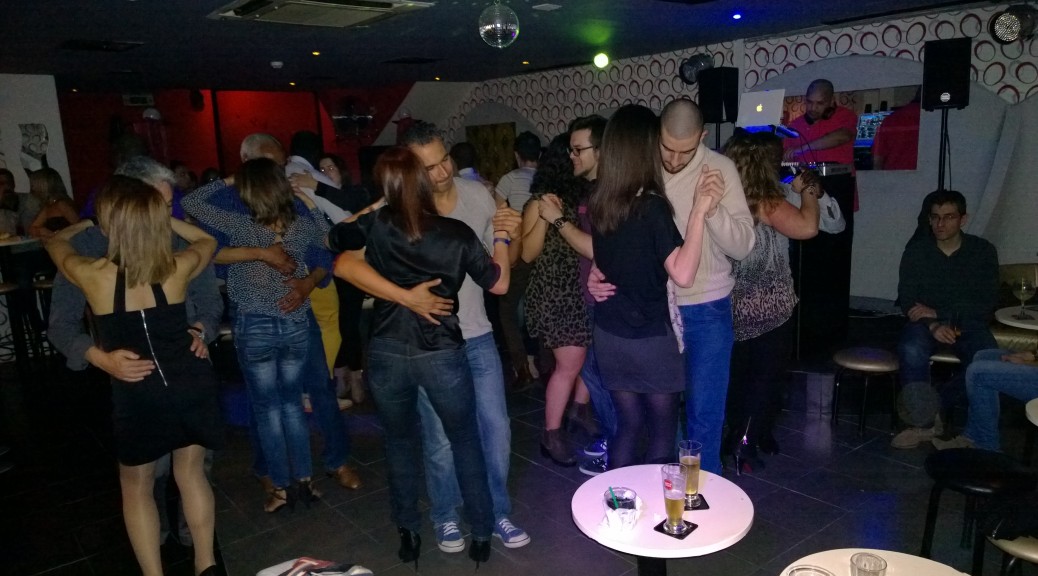 After last week’s visit to one of the classical African houses of Lisbon, A Lontra, today I propose taking us to a newer one. The landscape of houses for dancing African music in Lisbon is so dynamic, and the craze for dance is so strong that we can find new clubs opening even in the hardest times of financial crisis in Portugal. A good example of this is Kalema Club: each disco has its own personality, and Kalema attracted my attention from the first time I stepped into the house. Kalema Club opened just a few years ago, the 8th November of 2013, as Ricardo remembered immediately. The place already existed, and it was known as Terra da Música. To give it a new life, it was essential to change the name, the decoration, and the ambience. Interestingly, Ricardo spent a part of his life in Cape Verde and opened a house that called RClub. He used to go to another disco that was called Kalema, and the name inspired him. “Kalema” is the name given to a strong swell that beats the Western African coast (what could be considered a metaphor for the emotional state in which people get into through dancing.) Apart from the beautiful sound of the word, one of the reasons why Ricardo chose this name is because, according to him, we can find this term everywhere in the PALOPs: a general reference of Portuguese-speaking Africa that is not specific of any country. In this way, it could make people from diverse African countries feel identified with it. The two co-owners are well knowers of the African nights of Lisbon: Zanatt, from São Tomé, has lived in Lisbon for a long time, and Ricardo, Portuguese, has a quite interesting history of relations with Africa. Their intention was opening up a new African disco with a special personality that could make it different from the others. The boom of kizomba changed their plans: school kizomba lovers started to come and introduced their social rules. As the house started receiving more and more clients of this kind, it became an unexpected social mix and it had to adapt to the needs of both types of public: a good balance of recent hits and old music, a combination of living-room-like space with kizomba workshops some nights. As a result, today we can find a quite interesting mix of nightclub cultures, social rules and dance styles that develop through crossed influences in a small-medium space. Summing up, if you go on Friday, you may find a kizomba workshop or a show by a well-known teacher; if you go on Saturday, you may find something more similar to the nostalgic African discos of the 80s and 90s. Or you may find a surprise, as new realities are being created every weekend. What are the new shapes that African-ness is taking in Lisbon´s nights? Are we helping the blending of social groups and night cultures through the love for music and dance? The answers are waiting on the dancefloor of discos like Kalema in the next years, starting from tonight. We´d better not miss it!

Livia Jiménez Sedano is currently member of INET-MD (Instituto de Etnomusicologia-Centro de Estudos em Música e Danca) and her work is being funded by FCT (Fundação para a Ciencia e Tecnologia) of Portugal. She is a collaborator of Modern Moves Project and will become a full member on September 2015.