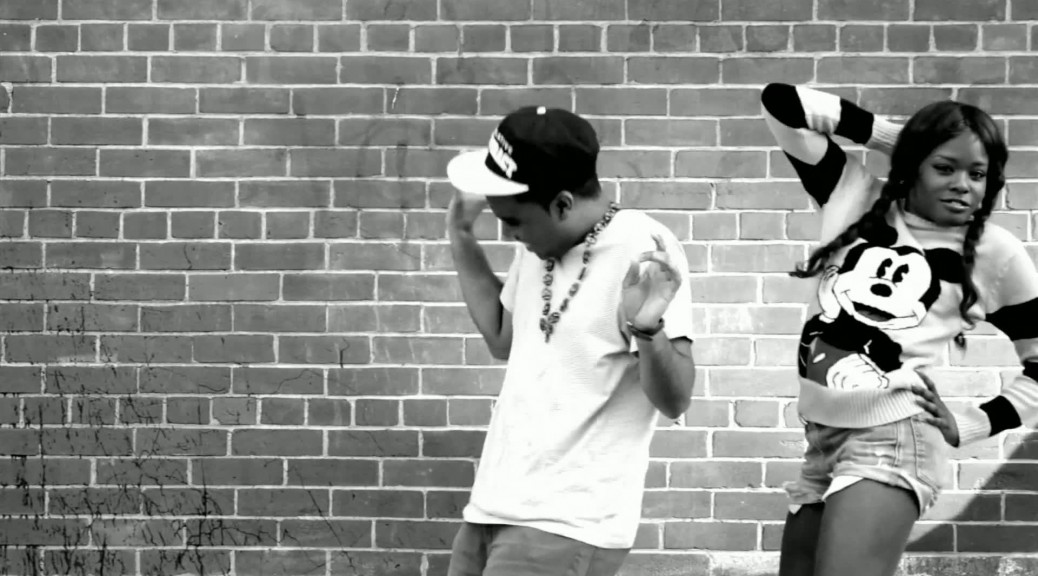 In the fall of 2011 a super hip student taking a seminar I was teaching on nightlife culture in New York City brought the song “212” to class by a then little known Harlem-bred rapper named Azealia Banks. We’d been talking about underground music and culture and he wanted to use this song as an example of the creativity of the underground scene. Because Ms. Banks was unsigned at the time, “212” was as good a case study of the underground as any.

Of course, she wouldn’t stay unsigned for much longer.

Everyone loved the hip-house track on first play. It’s foul-mouthed, fast and furious. What’s not to love about a song where the main punchline goes, “I guess that **** getting eaten,” which is repeated over and over in case you missed it the first time. What a fun thing to sing along to!

Before I could blink my eyes the track spread like wildfire. Suddenly it was played at parties all over New York, and when I heard it out the first couple of times I remember people being excited because I already knew all the words but other people still didn’t know who she was. “212” was written about on all the music and fashion blogs, in part because of that simple, black and white video that probably did a lot to make Micky Mouse relevant in fashion again.

Everyone loved Azealia Banks. She was signed, and her debut record Broke With Expensive Taste was to come out “soon.” I pitched a story about her to a fashion and culture magazine I wrote for and my editor pretty much told me that, “Yeah, everyone knows about Azealia Banks. No one knows when her record is coming out.”

The more I researched Azealia the more I realized she was a talented rapper with a troubled past in the music industry, a small world if there was one. Young and immature, her foul mouth and somewhat annoying antics got her dropped from XL Records. No worries, though, because after the enormous viral success of “212,” Banks got signed to Interscope Records, the same label as Lady Gaga, released 1991, an impeccable four-song EP that stepped up her rap game and followed that with a 19-track mix tape and a series of highly stylized music videos.

But there was still no album.

Like a lot of other gay guys I was drawn to Azealia Banks because her music felt fun and catchy while still feeling underground. She was a more street-wise version of Nicki Minaj. Her raps were on point. On “Fuck Up The Fun,” for instance, she spits at lightening speed, my favorite line being “I’d hate to have to blow your lil wig all back / I mean, I’d hate to have to see you with your wig off bitch,” the idea that being seen without your wig is sort of like getting caught leaving the restroom with toilet paper on your shoes.

Most interestingly of all is that at the time her music borrowed from voguing and house ball culture, but not in that gross appropriationist type of way. She threw a “ball” in New York, and you get the sense that she kikis with her gay male friends. “Fierce” and “I’ma Read,” two tracks from her Fantasea mixtape, point and wink directly to black gay culture. So it was easy to feel like she was a rapper that gay people could get behind because she was talking to us.

Then things took a sour turn, as in, she sort of became a hot mess. She had Twitter beefs with literally everyone, leading some people to wonder why she wasted so much time on Twitter fueling mindless beefs instead of dropping sickening beats.

At one point things turned so sour for Azealia that she sent out a Tweet begging to be dropped from Interscope records. There’s no better way to get fired than to beg to be fired, I guess. But the request didn’t come without a reason. A few weeks prior to this deadly Tweet she went on a Twitter rampage about how she was tired of talking to old white dudes about her “black girl shit,” the old white dudes presumably being the people at her record label and trying to manage her career. You get what you ask for, and Azealia Banks was released from her contract in July.

“I’ve literally just been sitting here waiting to get off the label,” Banks recently told Buzzfeed.

“Now that I’m off the label it’s a bit of a shock, because now it’s like, ‘Oh shit, it’s real now.’ I mean, even though I’ve been doing it myself the whole time anyway, now it’s gonna be more pressure,” she said. “I have to do it myself, I have to hire all the people, I have to find all the stuff, I have to pay all the producers, I have to do everything. It’s fine, I actually don’t mind. I have a good team, lawyer, manager,” she said.

In pop music you have to act fast and stay hot while you can. With nothing to hold on to, and with all the Twitter beefs, a career that looked like it was going nowhere and an album that didn’t seem like it would ever make it to radio, lots of people lost hope in Azealia Banks’ musical career. So many people that no one showed up to one of her performances in Norway, allegedly.

She might be immature at times. She might get too hot about silly things. But none of us knows what it was like for her at Interscope — how her own artistic vision differed from what Interscope was prepared to do for her. Now that she’s a free agent she’ll be able to do what she wants to do. And the whole thing makes so much more sense when we think about it in light of her comments that these old white dudes don’t get her black girl shit.

How many other artists have had the balls to stand up to the hand that feeds them the way she has?

Besides, it’s not like she’s talentless and washed up. She’s given us tons of great music, with videos to boot, and everything she’s done has been full of promise.