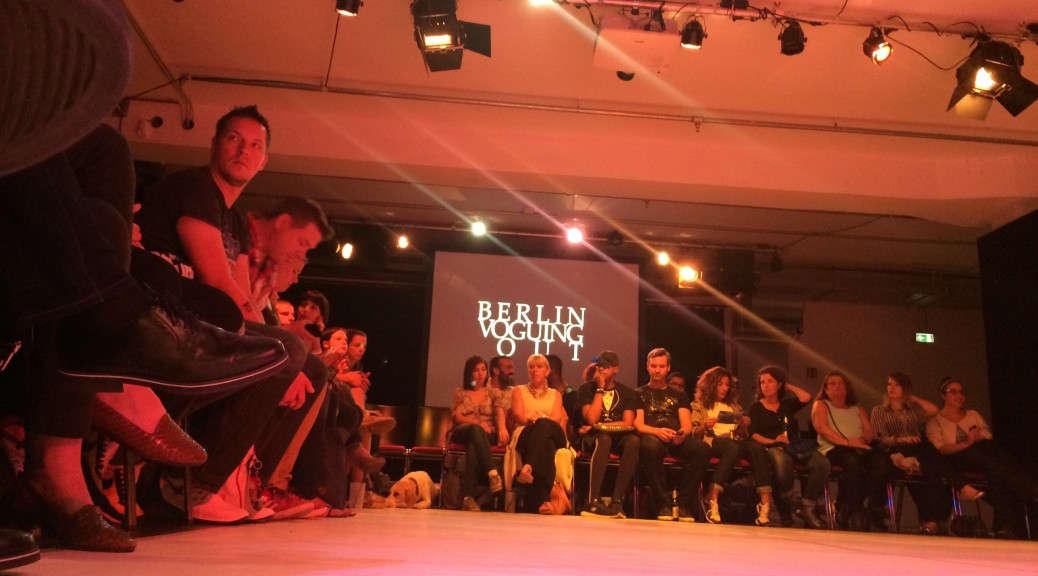 During July and part of August I spent a month in Berlin to start a brand new project on the cultural history of Saturday night. It’s no secret to anyone that Berlin is currently one of the world’s hot spots for creative nightlife, where innovation in electronic music meets extensive nights out. I’m always amused when I tell people that my new book project is on club culture because their initial reaction is always something like: “Huh. That’s a topic?”

I’ve wanted to write a book about nightlife culture ever since I taught a self-designed junior seminar at Yale called “Dance Music and Nightlife Culture in New York City” back in 2010. This nightlife book, I imagined, would be a trade book for an informed mass audience about the power of parties and pleasure. The idea for this book came after news coverage of my junior seminar hit the international airwaves and gossip pages, leading some conservative pundits to criticize Yale for allowing me to teach such a course, paving the way for others to criticize me for offering such “nonsense” to Yale undergraduate students. The strand of criticism was so thick that I even received an email from a prominent Yale donor who said “shame on you for bringing Yale’s name into the mud.”

I thought my days as a Yale graduate student were over.

Each time I saw a new critique of the course I grew more and more frustrated because you can learn a great deal about people, time, place, and politics by studying their nightlife cultures. That’s because the history nightlife is always a history of resistance to legal sanctions, a history of musical and artistic innovations, a history of the underground, and a history of self-expression.

A major draw for me in Berlin was the Berlin Voguing Out Festival, now in it’s second year. The folks behind the Festival are at the razor edge of the voguing scene in Germany, and have done much to introduce the dance form and culture to Berliners. Knowing that Berlin will play a central role in my “Saturday night” book, working on the voguing culture in Berlin as well as the increased internationalization of the black and latino queer culture of voguing is a real opportunity for original research. I have already done some work on the US voguing scenes, but now that I am based in London this is a great opportunity to pivot my focus to the Euro voguing scenes, as to my knowledge there is not very much scholarship being produced on the topic.

The week-long Voguing Festival included a screening of the 2006 film How Do I Look, a more recent portrait of the Ball scene than Paris Is Burning and a talk back with DJ Vjuan Allure, runway coach Archie Burnett, and Berlin-based editor Jan Kedves. The screening took place at a cinema in Mitte and was packed with scholars, voguers, and various people interested in the culture. During the Q+A Archie Burnett talked about learning voguing in New York in Washington Square Park. I remember seeing voguing for the first time in the West Village on Christopher Street and along the Hudson River pier, where underage black teenagers emerged from New Jersey on the PATH train and hung out because they were too young to go to a club.

Today, cupcake shops and bougie candy stores have replaced the saucy gay sex shops and pumping black gay bars that used to line the street. So during the Q+A at the film screening I said that if Archie learned voguing in Washington Square Park and if I saw it on Christopher Street, now that New York is so gentrified what does voguing look like now? Where has it gone now?

Vjuan Allure jumped in immediately. “It looks like this,” pointing back out to the audience and reminding everyone how white the room was – full of young, white hipsters. He didn’t say it was a bad thing; just that this is the way culture always proliferates. He wasn’t at all concerned about the appropriation of the culture, because “by the time you all catch on to voguing, which we have been doing for years, we will have already moved on to the next thing.”

In other words, blackness and queerness are constantly innovating new aesthetic forms.

The festival also included a weeklong series of workshops on voguing, runway, floor performance, old way, and new way. At 25 euros a pop the courses were quite expensive so I was only able to participate in the runway workshop, which was taught by Archie Burnett. Burnett, a legend in the Ball scene, has made a career of traveling around the world and offering similar workshops, particularly in Europe and Eastern Europe.

There were only about 15 people in the workshop, some wearing heels others in more comfortable shoes, six guys (all of us queer) and the rest girls. The point of this particular workshop, as with all the others, was to give people the needed tools to compete successfully at the vogue ball – so they wouldn’t get chopped.

We began by doing our normal walks, from one end of the room towards the mirror. This was the most important task, he told us, because even though a model walk doesn’t seem natural, it should feel natural. We were told to walk like we were in a hurry to meet our friend for a drink. We were told to walk like we were on our way to a hot date. At all times he told us not to walk the way we think models are supposed to walk, and to me this was his way of allowing everyone to tap into their inner confidence.

There was something very empowering about the runway workshop because it was all about having and selling confidence. “Don’t walk to the music, walk to the attitude.” “You’re worth it,” he would say as we walked towards the mirror, and it did actually make you feel worth it and like you had a sense of value. “Own the runway” and “Own it” were his critiques to me during the class, suggesting that I needed to give just a little bit more to fully unlock myself on the runway.

After the group exercise of walking towards the mirror with various scenarios, we did a runway show where each person walked on their own to music to show off what we learned. I’ve never been more nervous than I was then. As much as I like wearing ridiculous clothes and being on display, I actually do not like being on display when I know everyone is watching – especially not when all the lights are on! The same anxiety I have about dancing alone in a drum circle, or in any type of circle, is the same anxiety I had when we had to walk down the runway on our own to “show off our stuff.” But the experience was cathartic in a lot of ways because people cheered you on and the act of walking down the runway did usher in some confidence.

Coming away from the runway seminar really taught me how much voguing and runway work (werk) are about confidence. That much seems obvious, but in fact loving yourself as a black or queer body has a much more pronounced impact when you live in a world that is constantly attempting to devalue your sense of worth. That’s why the incorporation of runways and walking runways and selling looks on the catwalk is such a powerful trope and mode of expression. You’re worth it.

It’s hard to underscore just how white the voguing Ball was. I’ve attended balls in New York, Paris and Washington, D.C. and though there is always a white person or two, balls are mostly full of brown, queer bodies. So it was a real shocker to go to this ball and see how white, and not always queer, the space was. I looked around the room and wondered how many guys were bisexual or gay or queer, if any, and I wondered how many of the girls were lesbian or trans. But it wasn’t just the audience that was 95% white – it was the performers, too, who hailed from Sweden and Italy and Slovakia and Russia.

“I went to my first vogue ball in Paris a few months ago and as soon as I walked in everybody had their arms crossed, like, ‘Who is this white bitch?’, but then when I danced they were more at ease and saw that I was one of them,” Sarah, one voguer told me. The anecdote really gets at the internationalization of the voguing scene, and when I asked her about why the room was so white and straight she told me that a lot of the guy attendees come because they are there supporting their girlfriends, so they might not have any direct connection to queerness or queer culture except this.

Interestingly, the panel of judges, all legends from the New York ball scene, did a lot of work to teach and educate the audience about ball culture. They reminded the room that this is a black queer culture. They did a lot to preserve the culture in terms of specific dance moves and performance categories to insure that the integrity of voguing and ball culture didn’t evaporate, even in its cultural translation. Given how quickly and how expansively voguing has spread around the world I think it’s great to try to preserve the culture, using cultural transmission as a pedagogical tool, too.