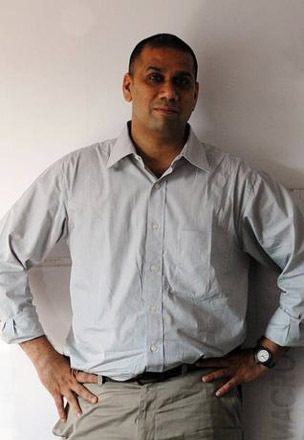 Naresh Fernandes is a journalist who lives in Bombay. He is the editor of Scroll.in, a digital daily, and a consulting editor at National Geographic Traveller India. Naresh was previously editor-in-chief of Time Out India, which has editions in Mumbai, Delhi and Bangalore. He has also worked at The Times of India and the Associated Press in Mumbai, and The Wall Street Journal in New York. He is the author of the widely acclaimed and prize-winning book, Taj Mahal Foxtrot: the definitive history of Bombay’s jazz age from the 1930s-1960s (Roli Books?, 2012); the product of many years of research, it was written up during his tenure as a Poeisis Fellow at the Institute of Public Knowledge at New York University. In his words, the book is about ‘listening to the city through the ears of its jazz fans and its jazz musicians.’ Naresh maintains an active blog on the archival material excavating through the work on Taj Mahal Foxtrot and has most recently authored a new book, City Adrift: A Short Biography of Bombay (Aleph books, 2013). His expertise on the transnational musical histories of the Goan and Anglo-Indian communities in India make him an invaluable addition to Modern Moves.