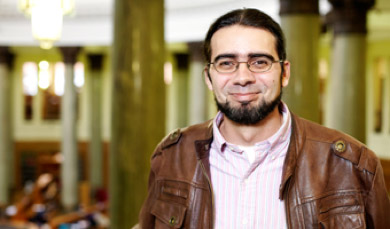 Professor of Latin American History at the University of Leeds and closely involved in the life of the Leeds Centre for Colonial and Postcolonial Studies from its inception, Manuel studied History at undergraduate level at the University of Havana. He then took a MA in Comparative History and a PhD in History at the University of Essex. After concluding his PhD he went on to teach at the universities of Essex and Nottingham before coming to Leeds in 2006. Manuel’s research focuses on the history of slavery and the slave trade in the nineteenth-century Atlantic world, including comparisons between Afro-Cuban and Afro-Brazilian cultures. His most recent books are The Great African Slave Revolt of 1825: Cuba and the Fight for Freedom in Matanzas (Louisiana State University Press, 2012) and West African Warfare in Bahia and Cuba: Soldier Slaves in the Atlantic World, 1807-1844 (Oxford University Press, 2014; sponsored by a Leverhulme Research Fellowship). His Cuban heritage makes Manuel a natural on the salsa dance floor, and his travels in Luanda have exposed him to the world of Angolan social dance. Most recently he has started research for a new book on the Cuban Sugar Kings, a Havana-based baseball team from the 1950s and 1960s, through whose story he will explore the intersection of politics and baseball in the early days of the Cuban Revolution.