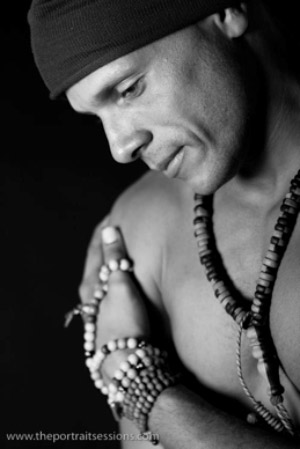 Kwenda Lima was born in Cape Verde in 1977. He is an accomplished dancer and choreographer. He has worked on various projects and has more than ten years of experience in teaching traditional and modern couple dances from Angola and Cape Verde. His unique command of style and musicality has made him one of the world’s most sought after teachers of the Angolan dance form kizomba. Additionally, he has been developing a very personalized project, Kaizen Dance, which touches people’s hearts and souls through the unification of West African kinetic principles with philosophical approaches drawn from Indic and Buddhist thought. With his dance company, he is also building up a repertoire of contemporary African dance, including, most recently, the thought-provoking work Muloma (Let Us Be United). Kwenda is currently living in Lisbon, and teaching at kizomba festivals and salsa weekends all over the world, at which he regularly conducts kaizen workshops as well. In another life, Kwenda also obtained a PhD in Aerospace Engineering from Kingston University in London; he believes in having carried over (and transformed) engineering’s basic principle of creating comfortable conditions for human existence, into his current work with kaizen dance. His charisma and generosity in teaching is an inspiration for all those who are touched by his practice.